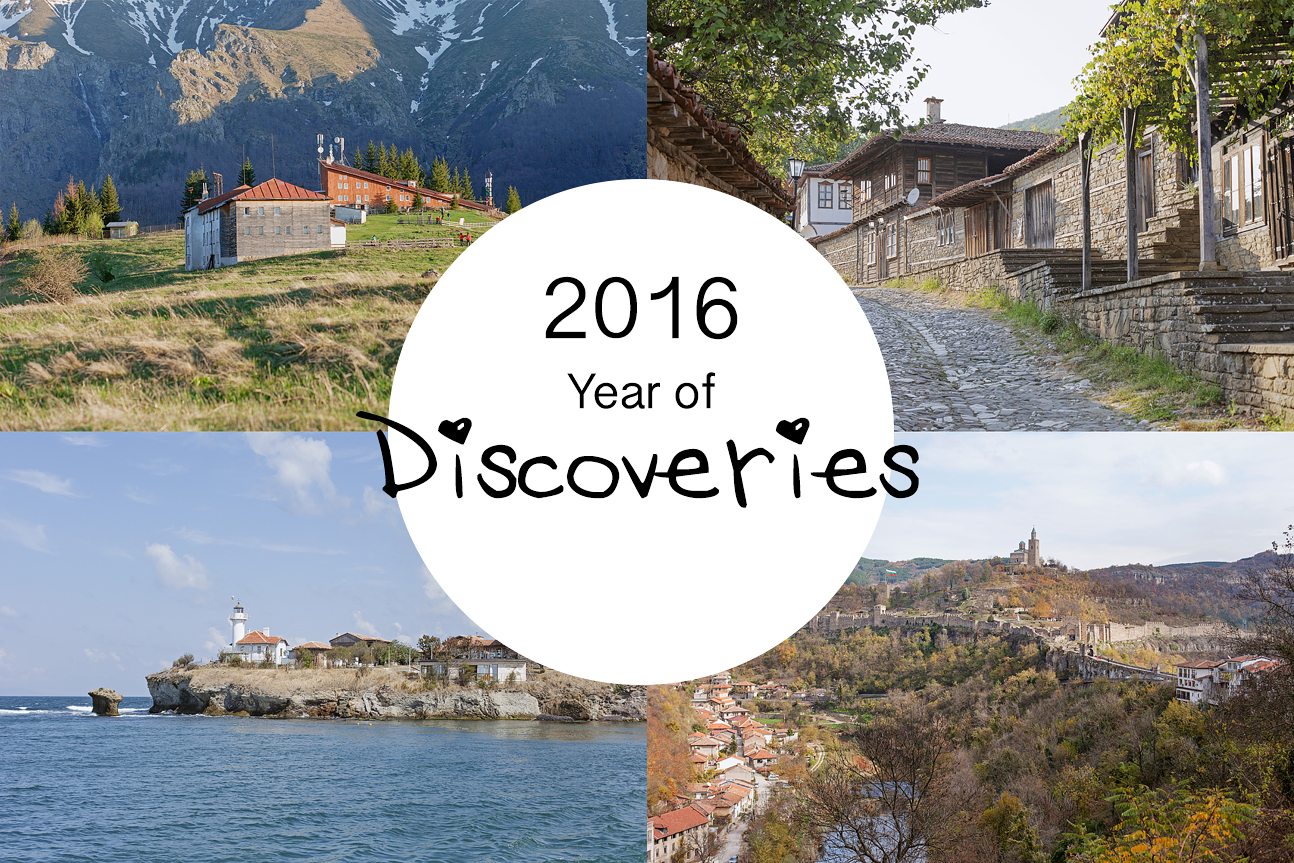 This year is coming to an end and it’s time for a recap. For me 2016 was a year of discoveries, both in the world around me and in myself. I had a lot of challenges in my professional and personal life, which helped me gain a lot of valuable experience and also learn a lot about myself and my own needs. The more dynamic my life was becoming, the more I travelled. Travelling was the only meaningful way to unwind. And so in 2016 I travelled around Bulgaria more than any other year before and I also visited Greece, Ireland and Spain.

The first half of the year was very stressful for me, which made me seek the quiet comfort of the countryside. As it happens, the more we suffer, the more we learn to appreciate what we have. I celebrated New Year in Plovdiv, discovering the Kapana district with its hip bars and trendy shops. 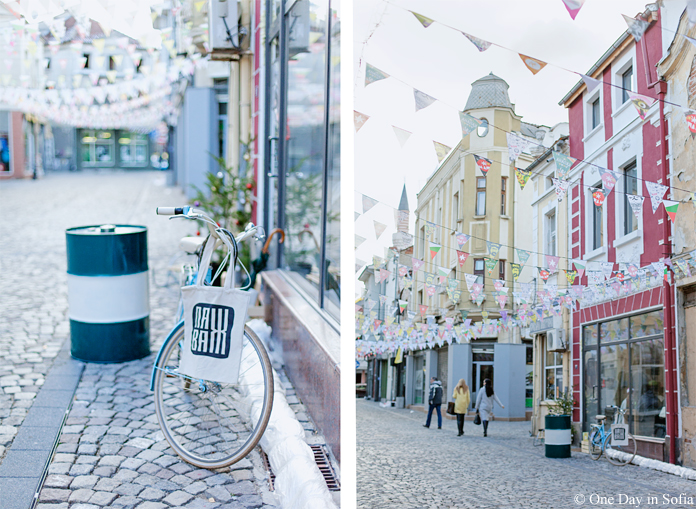 I had to wait till March until the next big trip. I joined my university choir on a trip to Corfu island. It was so astonishingly beautiful, it just felt unreal after my stressful winter in the city. I was really drained and I started having some crazy thoughts of leaving the city. Time showed they were not so crazy… Travelling to Greece was a revelation in so many ways. The past couple of years I tried to travel to Western Europe as much as I can, but now I started realising how little we appreciate the relaxed attitude in the Balkans. It is less expensive to travel in Greece or Bulgaria than it is in the rest of Europe. And there is so much hidden value in everything, if you manage to see past your understanding of what good service and quality really is. The world is not a mall or a supermarket, I really feel sorry for people who see it that way. 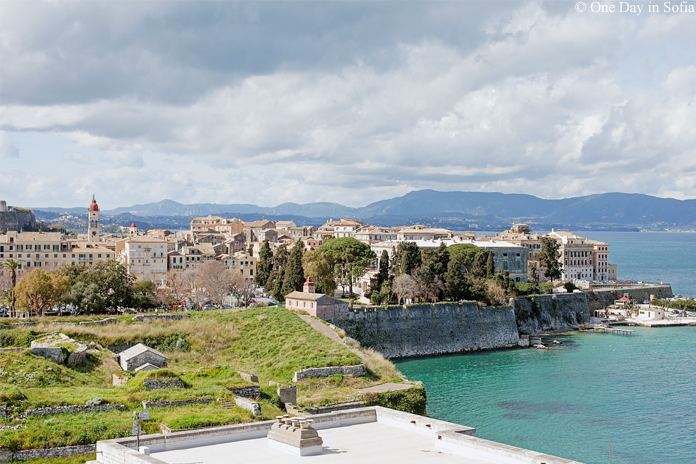 At the end of March I did a trip to Ireland for a week. I was so excited for spring and spring photos that the rough weather near the Atlantic left me a bit disappointed. I travelled to Cork, Cobh and Kilkenny. It was a beautiful trip, but the weather was so cold and rainy that most of my experiences were inside pubs…No wonder Ireland has the best pubs because it surely doesn’t have the best weather! I only managed to take photos of Cobh. This year was really beginning as a year of cultural experiences, because I happened to be in Dublin on Easter Monday for the celebration of hundred years of Irish Independence and there were a lot of interesting events around the city. 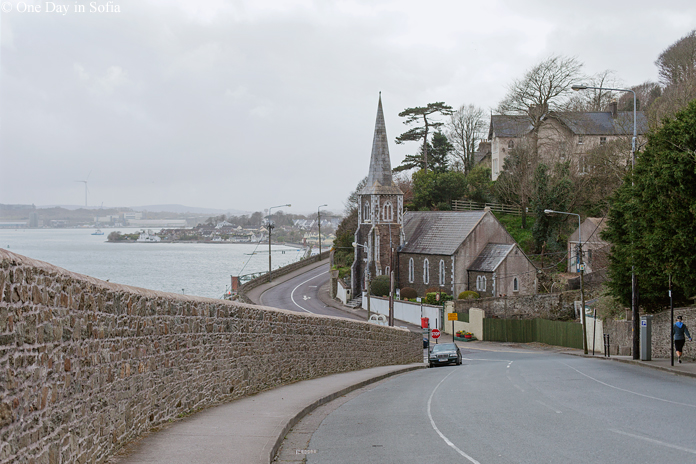 Then there was April in Bulgaria with Celebrating Easter (Orthodox Easter) in my home town. In spring in Bulgaria we get a lot of days off for the holidays, so I had a wonderful long holiday in the country. We had a picnic in the forest, went to my favourite traditional restaurant, took the dog for walks. Later that month we even went hiking in the Balkan mountains when there were still no leaves on the trees up there! 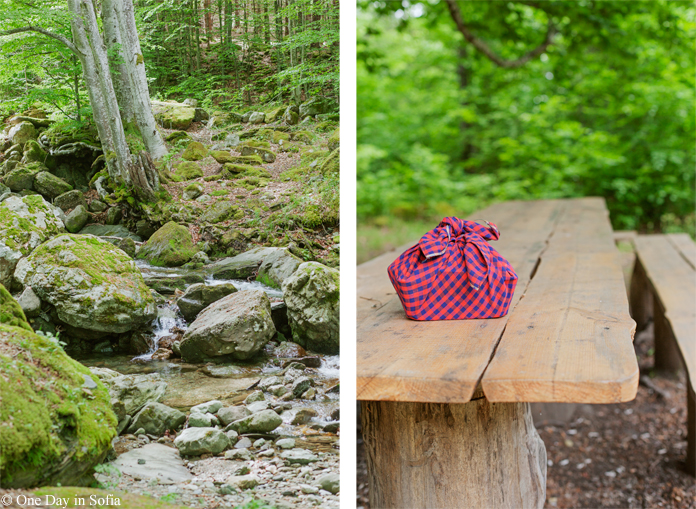 Spring was really so beautiful. I started going home every single weekend. I practically only spent the work week in the city. Then the weekend was the time to spend time in nature. No social media, no shopping, no going out. Just completely forgetting about the world. The more I spend time in the country, the more I was tempted to quit my job and spend the summer the way I like. Summers in Bulgaria are very hot and after spending two of them in the city I was really not excited to do it again. There were a lot of reasons to change my job, but I didn’t want to look for another one right away. I wanted to enjoy the summer, the way I did when I was in school and university. Summer is my favourite season, so I like to indulge in it as much as possible.

In the beginning of May the decision was taken. I was going to stay at work till the beginning of June. It was scary to quit and not know what I am going to do next. But I was not happy and I had to stop doing what’s right and do what is right for me. At the end of May I travelled to Tryavna. I had never been there before and I didn’t know what I was missing! Really beautiful town, with so much of its authentic spirit preserved. There were branches of ripe cherries hanging from people’s yards and so many spring flowers. I visited a couple of museums, ate at two of the traditional taverns and browsed souvenir shops. Once again I was so inspired to travel around Bulgaria! 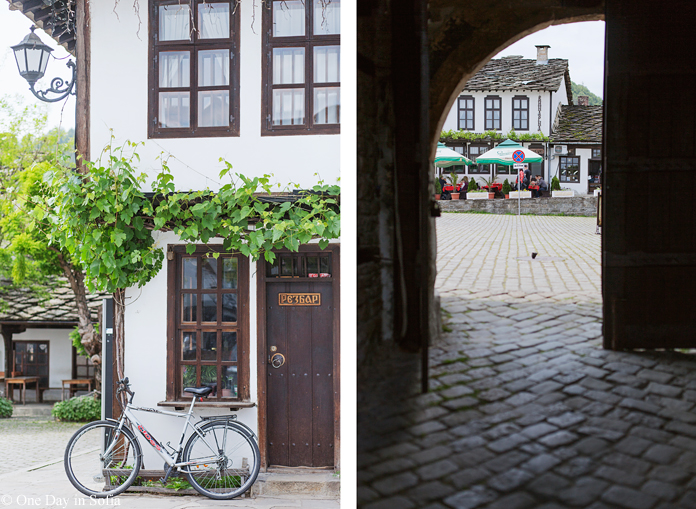 In June I had planned another trip to Ireland. I was already officially unemployed. I didn’t spend a lot, but I enjoyed it more than ever. I had no timeline and I was so relaxed. I was truly present in every moment of this trip. This time the weather was much better than in the spring and I spent a lot of time exploring Dublin and taking photos. One thing I had forgotten – how nice it is to have the time and energy to really enjoy photography. For the two years I’ve had the blog, I had a full-time job. For once I could just enjoy photography and get really inspired about it. Once again Ireland helped me do just that. The last day of my trip I spent in Howth and ate an amazing seafood lunch at my favourite pub, the Bloody Stream, Really amazing holiday…but this time I was not returning to work! I was returning to rural heaven. I started rediscovering what it’s like to live with all the wonders of country life. 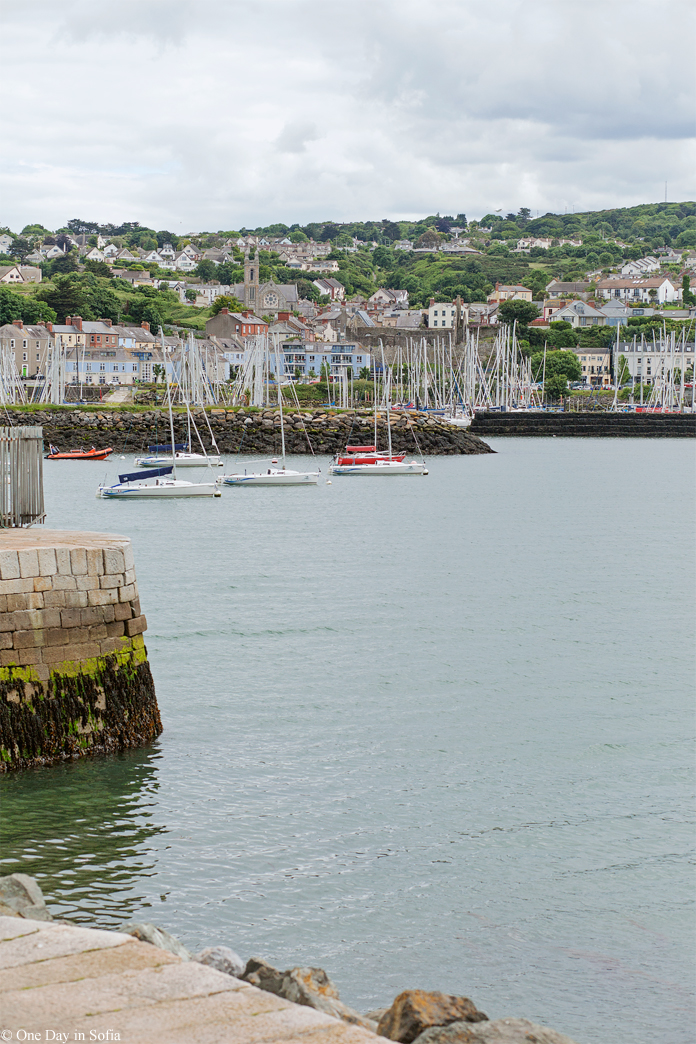 Summer in Bulgaria is always very very hot and I was exactly where I needed to be in July. I had a list of places I wanted to visit in Bulgaria, some books to read and a lot of country roads to explore with my bicycle. I was spending many days at a swimming pool at an eco holiday village in my home town and at a hidden river beach near it. That month I had two amazing culinary experiences with traditional Bulgarian restaurants. One was in Tryavna, where I travelled to again, and the other was in my hometown. My friend Hristina also visited me and we did an amazing Boho styled photoshoot in the wilderness. 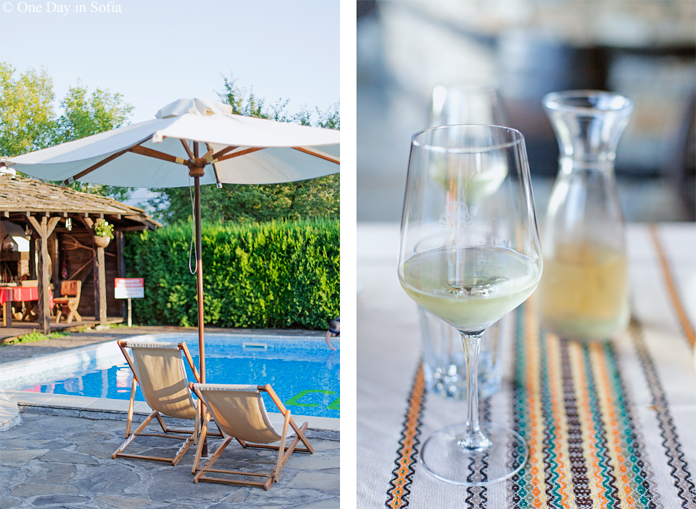 Then there was August, which was very very hot but I wasn’t going to waste all that free time. I never have enough time to travel in my home town area, but now I had plenty of it. First I did a day trip to Troyan monastery. The energy of this place was so calming and it was just so beautiful. Then it was time to do another day trip to Lovech. I went to high school there and I did not travel there for 10 years! Talk about trips down memory lane… I was happy to see that the historic part of town had been well taken care of and I visited a couple of museums and the medieval fortress. At the end of August I spent two days in the breathtaking village of Zheravna. This place together with Tryavna goes on the top of my 2016 list of travel destinations in Bulgaria. 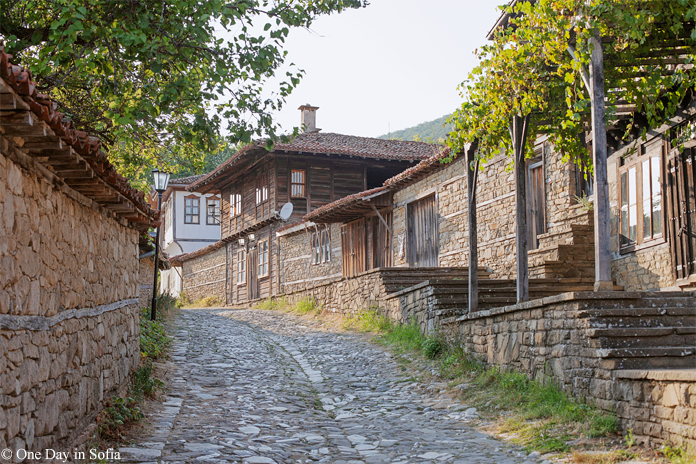 I have said it before, but in Bulgaria summer does not end in August. In fact September is the best time to enjoy a holiday at the seaside. Just like last year I had an incredible escape in Sinemorets village. On the way there we travelled by boat to St. Anastasia island, which was also on my summer travel list. How can you even say goodbye to such a summer? 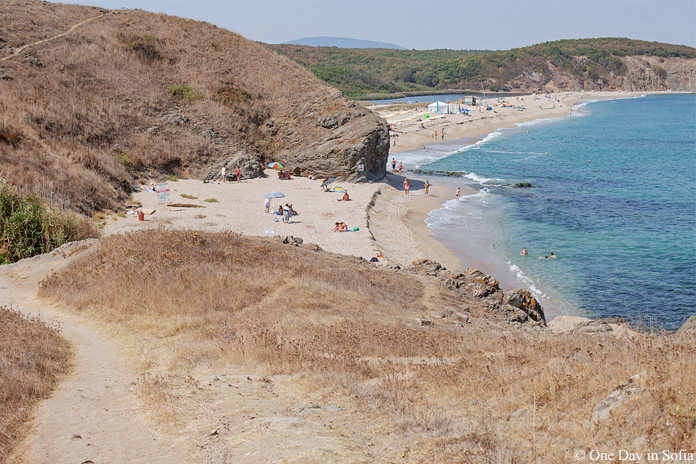 In October I had to use all the energy gained in summer at my new job in Sofia. My weekends were still spent at home, enjoying the beautiful autumn leaves. At the end of the month I wanted to take autumn photos in Veliko Tarnovo. It was a beautiful autumn weekend, spent with a friend taking pictures, visiting museums and shopping for antiques. 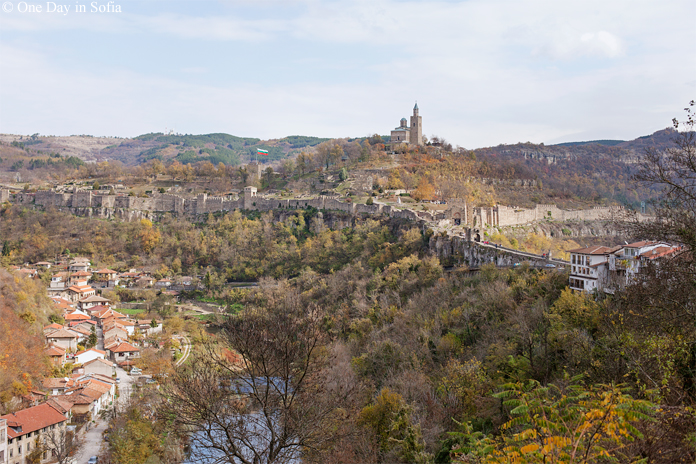 And unavoidably, there came November. It is my least favourite month of the year, but I had a plan. What can I say, November in Barcelona is not like November elsewhere. Bulgaria was getting colder and I had to go somewhere warmer. That trip was so amazing it kept me going all month! 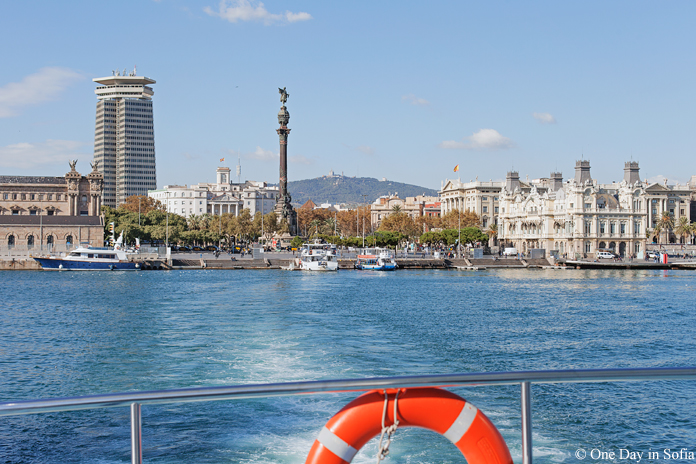 And so December is here and I have not entered the Christmas craze yet, but I have planned my trip for New Year, which is in another beautiful place in Bulgaria. I also have a big surprise for the beginning of next year so stay tuned!

4 thoughts on “Year of Discoveries”